OK, we’ve got it. Or should have. The South African wine industry will never be the same again. Well, whatever is left of it after Pres. Cyril Ramaphosa and his Covid Command Council have finished with us. The authorities will, possibly together with the local liquor bodies, thrash out new regulations. Trading hours, advertising, blood-alcohol levels for drivers and drinking age-restrictions will be revisited, and revamped. Whether the new regulations are implemented, however, remains a different kettle of moonshine all together.

But government and industry should have tackled one evil feature of the South African wine industry years ago. If it had, the current hard-handed approach to liquor might have been less destructive and invasive.

The issue is the continued selling of cheap rubbish called wine at criminally low prices to South Africa’s poorest-of-the-poor. This stuff comes in plastic or tetrapak containers with a garish cheap label. Names like “Cape’s Best” and “Lekker Ou Jan” and “Namaqua Daisy”.

It sells for between R10 and R22 a litre and is aimed at township dwellers, rural farmworkers and those living off social grants. When the AllPay social grants roll into a rural town in the Western, Northern or Eastern Cape, you can be sure that a substantial of that meagre hand-out will be spent on the cheapest alcohol drink around. I have visited these places. Here the bottle-store owners ensure they are well stocked with plastic wine jugs on the days the social grants get handed out.

How much of this cheap rotgut is sold? According to Sawis, from the year to March 2020, 40.3m in plastic. Another 12m litres in tetrapak, most of which also fall into this trashy category.

The presence of this stuff in the category of South African wine is an embarrassment. It is one of the primary reasons why the country has the highest incidence of foetal alcohol syndrome in the world. Other effects of this evil include physical and psychological trauma in impoverished communities, which ensures the continuing of the despair and poverty. 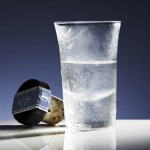