If you like Jägermeister herbal liqueur, then you’ll love these very chewy brownies. They’ll keep for five days so they’re a great make-ahead dessert. The taste actually improves with time, so plan on baking the brownies a day or two in advance.

Temperance drinks have come back in vogue and they have sugar and alcohol-free cordials to thank.

ANGOSTURA® aromatic bitters is an essential component in every kitchen as it enhances the flavour of just about any dish. It is not bitter when added to food and for those who are sensitive it can even counteract the acidic components in tart dishes. In fact, in its native Trinidad and Tobago, ANGOSTURA® aromatic bitters is also added to bread, soups and marinades. So, warm up your winter dinner options with these delicious recipes to try at home.

On 24 February we celebrate one of the oldest professions… bartending of
course! Though we think of it as a modern age career, bartending can be
traced back to ancient Rome, Greece and Asia. In fact, there is record of a
bartender all the way back to when Julius Caesar ruled Rome. Along popular travel routes, you’d find drinking houses where you could rest your wary feet with a mug of ale and wine. They eventually spread into towns. In the Middle Ages, innkeepers would brew their own beer and wine which they’d serve to their guests. These became taverns and pubs where locals could share a bit of gossip with their tipple.

They say the way to one’s heart is through the stomach! And it’s a principle we hold dear here at Angostura® aromatic bitters.

After the festive season you may want to take a break from booze for a spell, but don’t limit yourself to same old soda pop. Just a couple of dashes Angostura® aromatic bitters is enough to elevate any drink. Don’t believe us? Just try these refreshingly, crisp mocktails and see for yourself. Perfect for the sweltering heat of January!

Party season has officially begun! After spending a good portion of the year away from friends and loved ones, we’re all looking forward to hosting a small get together in our homes. But, you can’t be in the kitchen the whole time mixing drinks for your guests? Don’t’ worry, Angostura® aromatic bitters has you covered. Here are cocktails you can make ahead of time that are fit for a crowd.

You might be looking forward to the back of 2020 but, one thing’s for sure, summertime always puts a bit of a jiggle in our step. It is also the perfect time to indulge in some summertime sippers…

Here are Angostura’s top DIY summer drink recipes for you to whip up in your own kitchen or home bar; as home entertaining with friends and family is a hot trend this 2020!

Made trendy once again by the rise in popularity of the hit TV show “Mad Men”, the Old Fashioned cocktail’s history goes even further back than that.

By now you’ve heard all the talk around low ABV (alcohol by volume) cocktails making the trends for Summer 2020, and with Angostura’s Rock Shandy campaign kicking into full swing, we have just the right snacks to make your home entertaining with family and friends that much better! 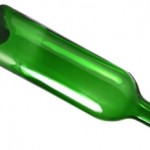