Many celebrities like to drink. Whether it is a great bottle of Bordeaux or a pricey brandy on the rocks. Some celebrities have even been known to drink a little too much at exactly the wrong time.

Then there are the celebrities who own their own booze brands or endorse a liquor brand. From comedians to athletes, it doesn’t matter if you are in the mood for wine, bourbon or tequila. There’s almost always an option that’s owned and promoted by a celebrity—if you’re into that kind of thing.

Here’s our list of under the radar celebrity booze brands worth trying.

Comedian Kevin Hart entered the celebrity booze game in 2022, with the launch of his own tequila called Gran Coramino. The tantalising spirit is made in partnership with an 11th-generation tequila maker named Juan Domingo Beckmann, whose family has been in the tequila-making business for over 250 years.

Sex and the City star Sarah Jessica Parker teamed up with Invivo & Co. in 2019 to produce her own range of wines called Invivo X, SJP. Despite being new to winemaking, Sarah Jessica said she remained very hands-on in the process. As part of the collaboration, the actress was instrumental in both naming the wine and designing the label, which references her Instagram signoff ‘X, SJ’.

You’ve undoubtedly heard the voice of legendary singer Andrea Bocelli. But fun fact, the Bocelli family has long been famous, even before Andrea belted his first operatic note.  In operation for over 130 years and spanning 3 generations, the Bocelli family has been producing classic Italian wines on their small estate in Tuscany. The Bocelli family has recently partnered with GrapeStars to share their special gift of wine, and love of Italian culture, with friends around the world. From a delightfully crisp Pinot Grigio to a bold and sophisticated Sangiovese Cabernet Sauvignon, this lineup of white, reds and Prosecco is sure to be the star attraction of your next family gathering.

Involved both creatively and financially, actor Jamie Foxx is the owner of BSB-Brown Sugar Bourbon, a flavoured bourbon, known for what’s described as sweet-tasting notes of brown sugar and cinnamon. It’s also been a two-time winner of the “World’s Best Flavoured Whisky” award. “I’ve always lived by the rule that life is short, and you need to go out and do what you want to do. Owning a brand that brings sweet life to the party has always been a goal and with BSB we’re making it happen,” said Foxx in a prepared statement. “Before the quarantine I watched bottles of BSB disappear at all my celebrations and knew this was a brand I wanted to bring into the spotlight. Anyone who tries BSB is going to love it just like I do.”

Almost beating cats at their own game, Olympic gold medalist Usain Bolt is enjoying life outside the track these days. The fastest man on earth is also the brand ambassador for famous champagne producer G.H. Mumm. G.H. Mumm has long had relationships in the world of sport, so it’s only natural for one of the most iconic track stars of all time to join their growing stable.

Global music superstar Post Malone breaks down the traditional barriers with his Maison No. 9 Rose. This new French rosé is created and developed in partnership with Post Malone’s friend and entrepreneur James Morrissey of Global Brand Equities, and Dre London, long-time music manager and Founder of London Entertainment. Maison No. 9 is a light, high-quality, accessible rosé from Provence, France that will have you singing its praises. 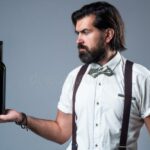 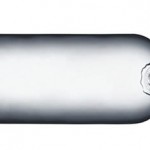