Legend has it that Viognier is an ancient grape originating in Dalamatia (present-day Croatia) and was brought to the Rhone Valley during the Roman occupation. One legend states that the Roman emperor Probus brought the vine to the region in 281 AD; another has the grape packaged with Syrah on a cargo ship navigating the Rhône river, en route to Beaujolais when it was captured, near the site of present-day Condrieu, by a local group of outlaws.

Flagstone introduces Pinotage and Chenin Blanc varietals to the 2019 vintage of the Poetry Range.

Flagstone launches its contemporary sweet, Sauvignon Blanc dessert wine, succinctly named ‘Ice.’ Housed in a slim 375ml bottle with an ice-white wax seal and adorned with a frozen Sauvignon Blanc leaf, Flagstone Ice’s packaging is designed for a high-fashion market that appreciates a brand that recognises and embraces global trends in stylish design.

It’s time once again for Wine of the Month Club! I have sampled some delicious wines over the past few months and now I’m back, ready to introduce you to my favourite wine for February 2019, Flagstone Dragon Tree Cape Blend. This warm and rich ruby red wine enjoys cult status amongst red wine lovers and according to Flagstone, it’s the wine their own winemaking team buys more of than any other. Enough said. Here’s why it’s my Wine of the Month Club this February.

The appeal for rosé continues to climb as high as the African sun and when summer hits, the first thing we do is check how much of the glorious stuff is in the fridge. Blushing little bottles of joy, beading with excitement and begging to be consumed. 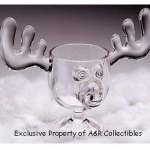